The Cyprus Railway operated for over 46 years carrying freight and passengers from Famagusta to Evrychou along the 37 mile tracks.

The Cyprus Railway operated for over 46 years carrying freight and passengers from Famagusta to Evrychou along the 37 mile tracks.

Visitors to North Cyprus will find that there are no railway, metro or tram systems, with tourists needing to hire a car, get a dolmus or taxi to get around. The only “train” in North Cyprus is the distinctive yellow road train which runs from Oscar’s Resort to Kyrenia town center. However, Cyprus did have an active railway for over 45 years.

The Cyprus Railway was a narrow gauge (2’ 6”) railway network which was in operation from October 1905 to December 1951, called the Cyprus Government Railway (CGR). There were a total of 39 stations, stops and halts along the 37 mile route from Famagusta in the east to Evrychou in the west. It was built in 4 sections, with the original railway running from Famagusta Port to Nicosia, with section II from Nicosia to Guzelyurt (Morphou) opening in 1907 and sections III and IV as an extension to the railway from Guzelyurt to Evrychou opening in 1915 to serve the Cyprus Mining Corporation (CMC). 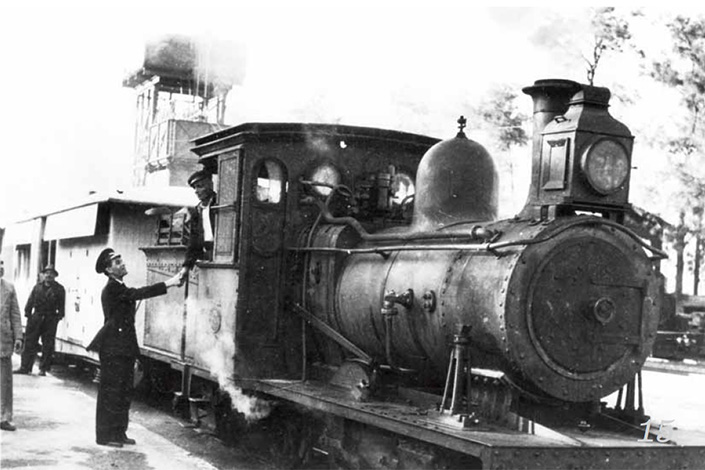 The Old Cyprus Railway Opened in 1905

There were 12 steam trains which used the line during its operational years, all of which were made in England by either the Hunslet Engine Company or Nasmyth Wilson and Company. 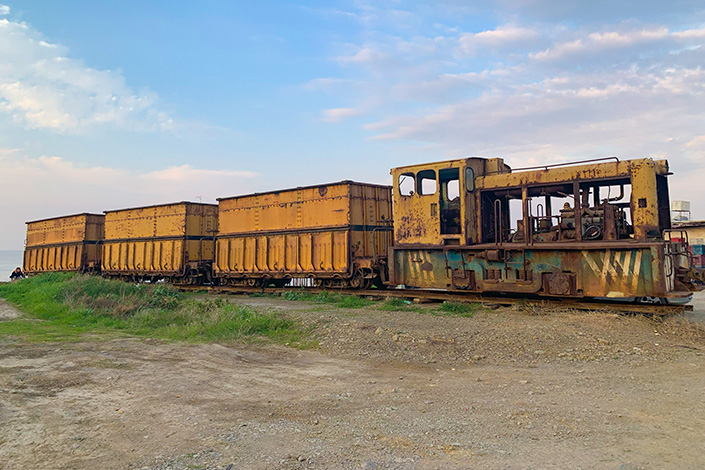 Some of these trains can still be seen scattered around the island, with the most well-preserved, Locomotive Number 1, still standing outside Famagusta Station to this day. The trains travelled between 20 and 30 miles an hour and ran on coal brought in from England via Famagusta Port.

The railway network was used for various operations, including for passenger travel, with stations located every two miles along the route, with signs in Turkish, Greek and English. There were only two trains per day for passenger use, one in the morning and one in the evening. The government also used the railway for transporting mail, carrying timber from the Troodos Mountains and freight from Famagusta port. 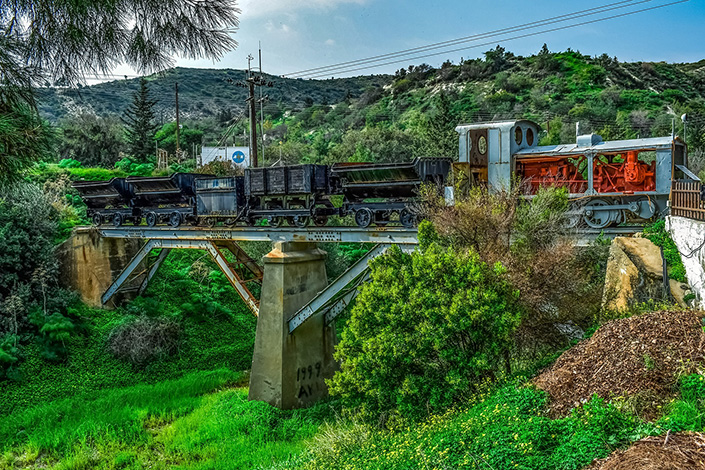 The Cyprus Railway was used for Freight Transportation

The CMC used the railway for transporting freight, ore and minerals across Cyprus. Interestingly, some of the stations along the route also served as telephone exchanges and post offices / telegram offices as well as train stations. During both World Wars, the railway was also used to transport troops from Famagusta, Denizli (Xeros) and the airport. 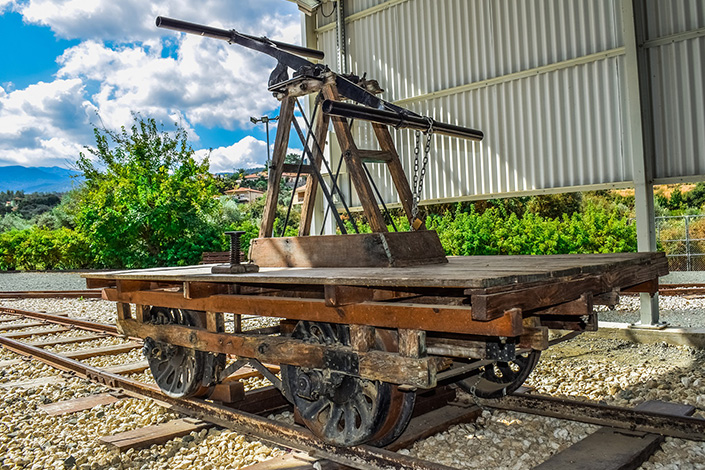 An Old Handpush Wagon on Display at The Cyprus Railway Museum

Unfortunately, the railway was very expensive to run and never made a profit, due to the fact that the maintenance costs were very high as the heavy Cyprus rains in the winter kept damaging the bridge sections of the line and motor cars were becoming ever more popular. The Cyprus government made the decision to close the line after World War II, with the last train departing Nicosia station to Famagusta on the 31st December 1951. The CMC part of the line in the Lefke region and the south continued to operate until 1974. Throughout its amazing 46 year history, the Cyprus railway train line carried over 7 million passengers and 3 million tons of goods and minerals. 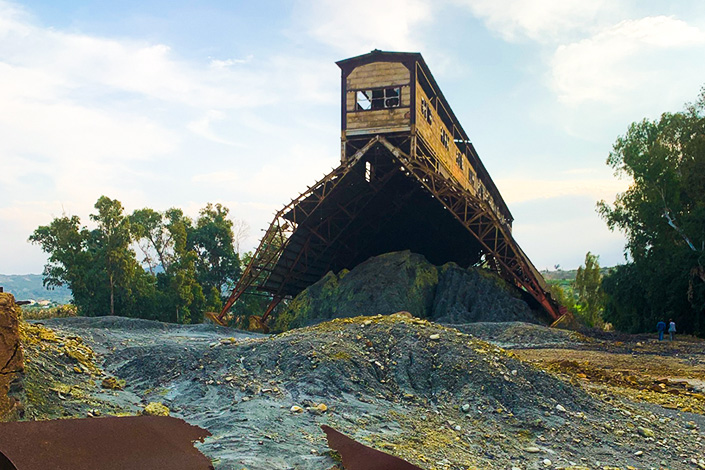 After the closure of the network, it took over a year to dismantle the train lines and 10 out of 12 of the locomotives were auctioned off and bought by Meyer Newman & Co. The other two locomotives were preserved, with one standing as a monument at Famagusta Station and the other being a CMC Mining Train, CMC No. 4 at Denizli (Xeros). Some of the wagons were bought by local people, who used them for a variety of different things, including storage and for show.

If you are visiting the Lefke / Guzelyurt region, there is a train and wagons on display on the sea side of the road. 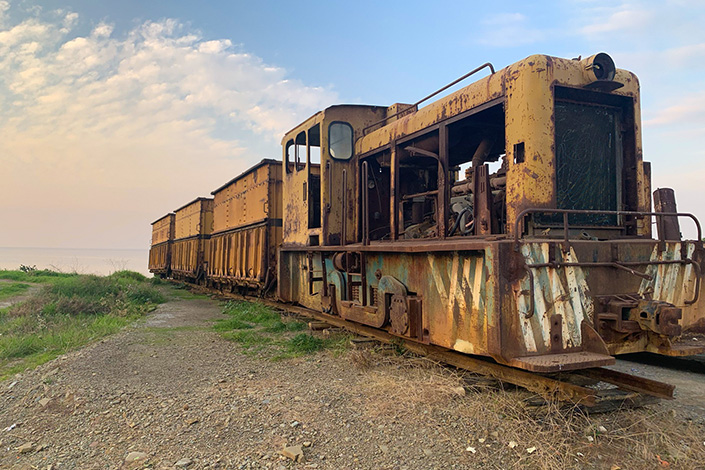 You can see the train as you go through Denizli by the old CMC Bar (now called Yakamoz Night Club) as well as an old CMC steam tug and the abandoned jetty. 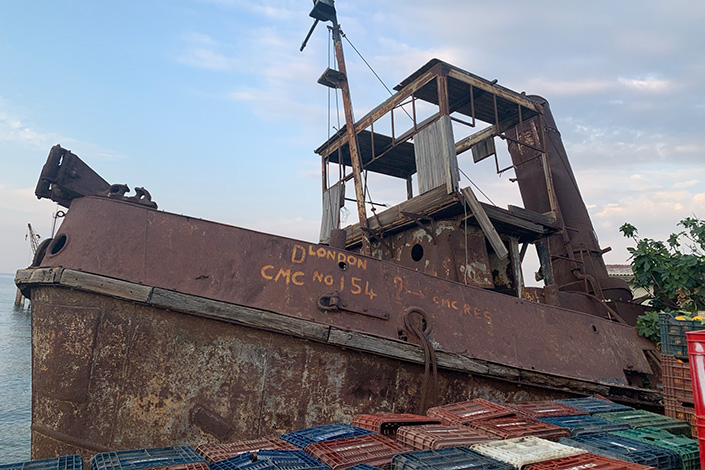 Further up the road, again on the sea side, you will find lots of mining equipment and conveyors used by the CMC Mining Corp. 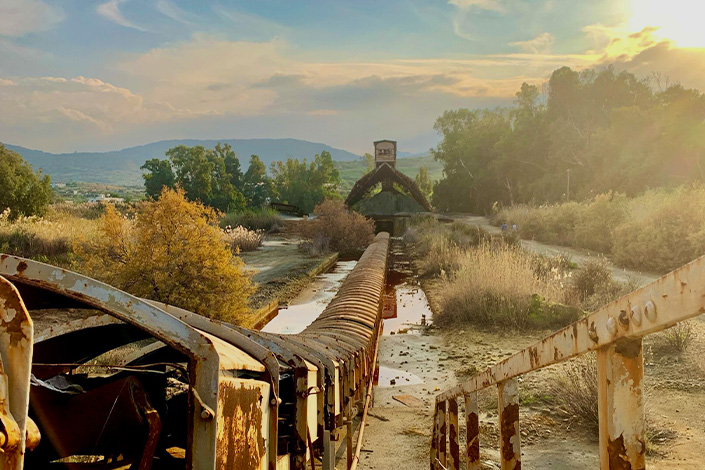 There’s also as well as another abandoned CMC jetty called “CMC Maden Yükleme İskelesi” on Google maps. The ancient city of Soli nearby is also well worth a visit if you are in the area. 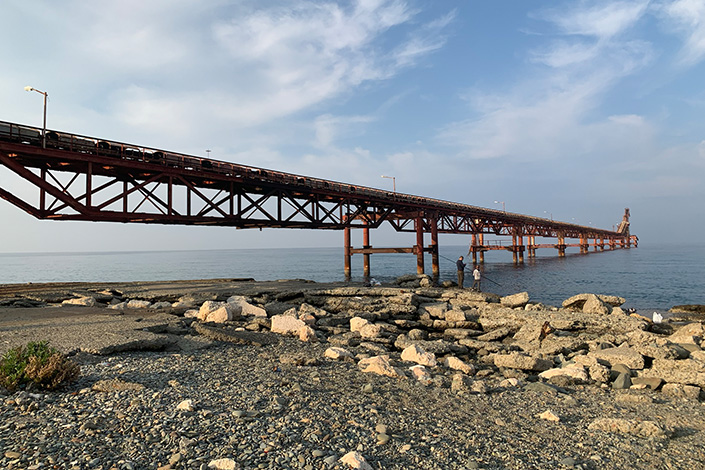 The railway stations themselves were either knocked down or turned into Police Stations or warehouses, with the exception of Famagusta Station which is the Land Registry Office, and Evrychou which was turned into a dormitory for forest workers and which recently became the Cyprus Railway Museum. 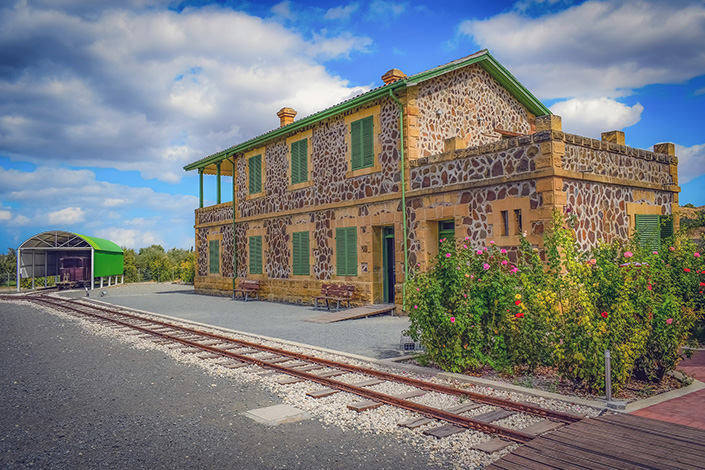 The museum is home to the restored Wagon 152 which sits under a shelter with the original hand-powered trolley, 100 metres of track and lots of information about the old railway. 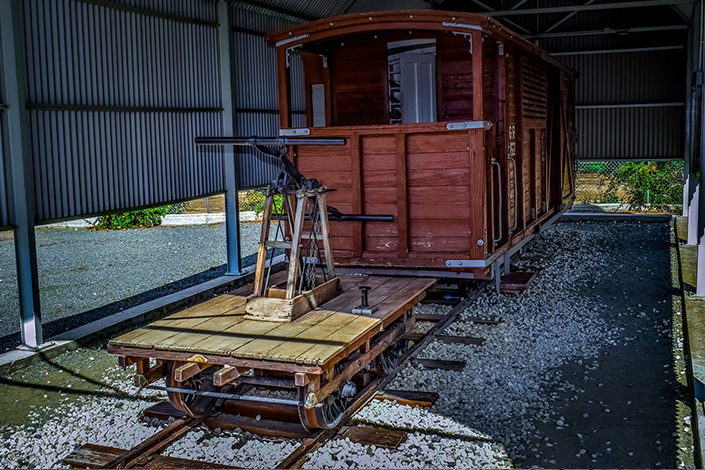 Wagons at The Cyprus Railway Museum

So next time you are driving from Famagusta to Nicosia along the motorway, spare a thought that you are actually driving on a large part of where the Cyprus railway tracks used to be all those years ago.