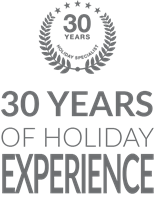 Top Places to hike in North Cyprus the hiker’s paradise

Explore a majestic castle with endless possibilities or hike to a deserted church...

Top Places to hike in North Cyprus the hiker’s paradise

Explore a majestic castle with endless possibilities or hike to a deserted church...

In Northern Cyprus a hike is not only a venture but it’s an unforgettable experience. Whether you are reaching the heights of Antiphonitis church with winding Cypress trees and magnificent mountain terrain or making your way up the majestic floors of St Hilarion in all her glory. North Cyprus is truly full of hiking trails that are out of this world! We rank some of the best hikes in Northern Cyprus…

The hike which leads to the majestic St Hilarion castle, a mountain castle built by the French Lusignan dynasty is truly a gratifying experience. Not only are there sprawling staircases but also stunning viewpoints of the majestic mountain views of the Five Finger Mountains. 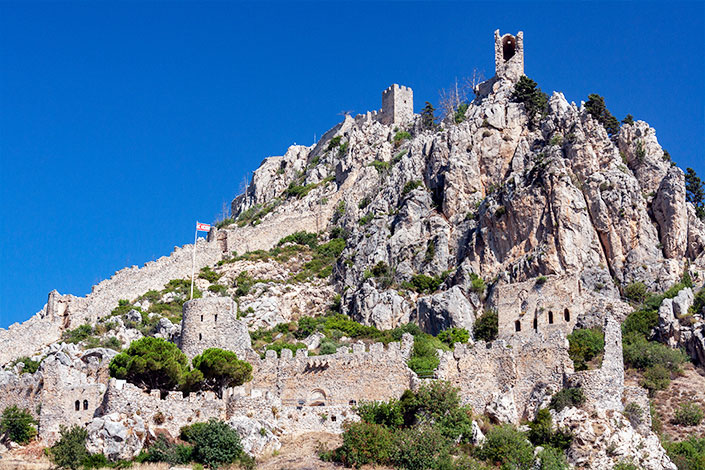 As you reach the levelled stronghold of St Hilarion you will uncover astonishing ruins, stables, dungeons and the infamous princess window overlooking views that are well-worth the climb. There is also a cosy cafe where you can take in the splendour while cooling down with a delicious home-made lemonade. The St Hilarion site is the best preserved out of three former strongholds in the Kyrenia mountains, the other two being Kantara and Buffavento.

A village on the outskirts of Esentepe by the name of Antiphonitis ​conceals a great hiking trail up to a hidden gem. At the top of this phenomenal hiking trail you will find the exquisite ruins of Antonidis church. Antiphonitis Church was once the centre of an influential monastery. In the Kyrenia hills, it was once among the most important Byzantine monuments. It is believed that local artisans were behind the construction of this remarkable structure because of features like the dome and icon designs found within the buildings. 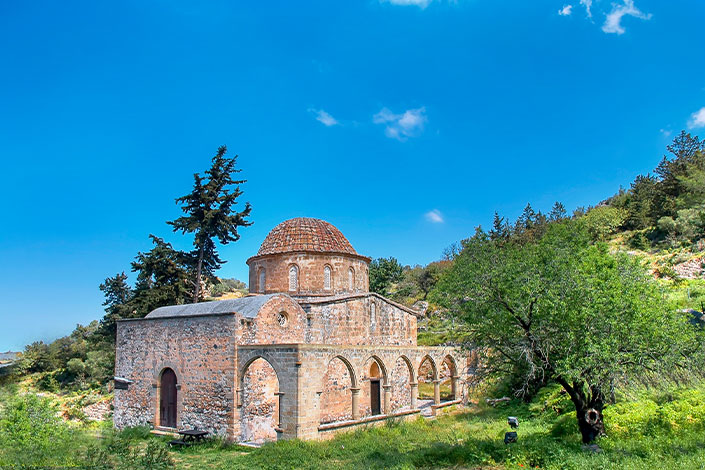 This is a trail mainly following dirt double tracks on forested mountain slopes. The hike itself begins at Esentepe village and climbs steadily over nearly four kilometres. Over the next four kilometres, a pleasant double track passes through a dense pine forest with a tiny picnic site and potable spring water. Panoramic views of the Mediterranean Sea can be seen from many spots on the trail.

The Karsiyaka trail travels through the traditional residential areas of the Karsiyaka village for almost half of its length. This picturesque village overlooks the coastal fertile flatlands and the blue Mediterranean coastline at the western end of the Kyrenia Mountains.

The remainder of the trail meanders along the mountain slopes above the village, passing by a seasonal reservoir with riparian vegetation, native Cypress forests, ancient olive groves, a lush valley with a massive eucalyptus tree and dry mountain slopes with panoramic views of the Mediterranean Sea.

Next to the Taskent Picnic area lies the Taskent Park Trail. It is conceivably the most versatile trail on the list.

Three ring pathways that are connected to one another make up the trail. Several wild crabapple trees bear fruit in October and November around the Absinthiotissia Monastery's first ring, which is approximately a kilometre long. Additionally, there are two wooden bridges and a sitting area found there too. The second ring spans the slope for nearly two kilometres, passing through a cypress tree forest and sporadically growing olive groves. 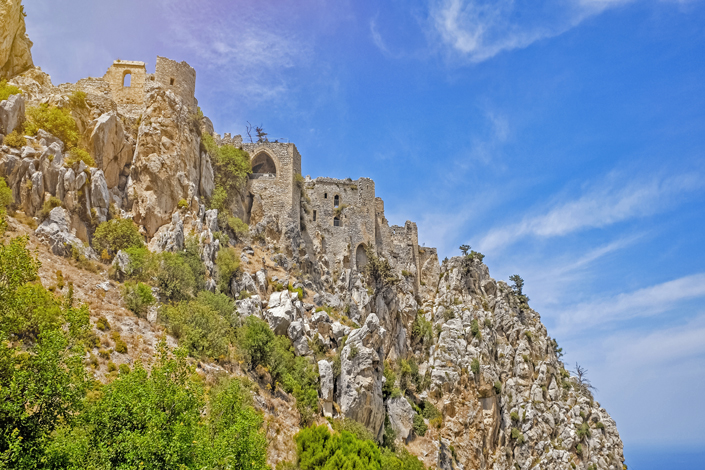 The third ring consists of approximately 3.5 kilometres of difficult climbs, steep slopes, and stones. On the limestone cliffs, you can see endemic chasmophytic plants, a naturally occurring arch-shaped rock structure at Buffavento Castle.

We bring you the True Cypriot Culture Uncovered below: