Delve into the true Cypriot culture and uncover some of the interesting traditions of the locals in North Cyprus.

Delve into the true Cypriot culture and uncover some of the interesting traditions of the locals in North Cyprus.

The Cypriot women generally like a Turkish coffee in the mornings, however afternoon coffees are also enjoyed. The purpose of these coffee mornings is to nurture and strengthen the communication between friends & neighbours. Each day a different person welcomes the neighbours into their house. They look forward to their mornings get-together each day, giving each other advice and ending the coffee gathering with a little fortune telling from the Turkish coffee sediment at the bottom of the cup. 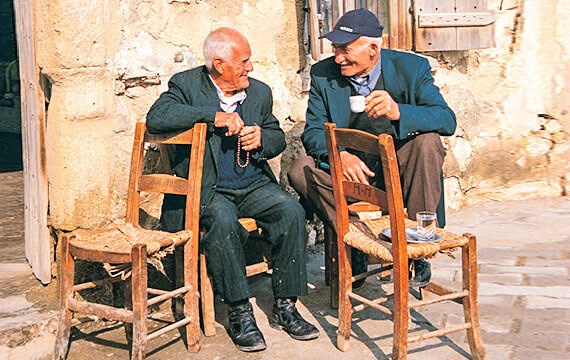 Cyprus is known for the 300+ days of sunshine it enjoys each year, therefore you can relish its beautiful landscapes and weather almost every day. However, when the weather turns to rain, the Cypriots really don’t like it. In fact, when it starts raining they can’t wait for the sun to come out again so that they can enjoy long walks and enjoy their weekly barbecue. 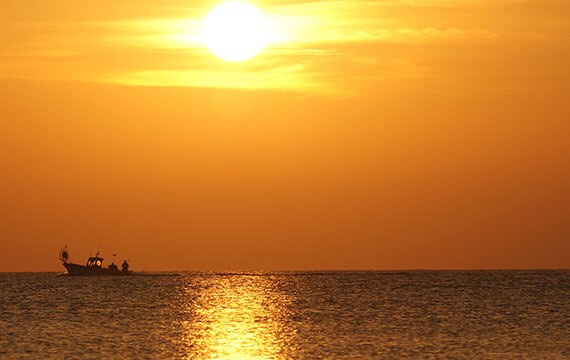 Cypriots love to eat and traditionally, they host a barbecue event once a week. A barbecue is not considered to be a special gathering as in the UK, but in fact is a traditional meal cooked by almost every household. Friends and family are invited, and typically the man at the head of the hosting household will cook a variety of meats including lamb shish and lamb chops on a traditional barbecue. The women prepare the accompanying mezze at home, with dishes such as hummus, cacik, salad and dolma. As per the local culture, every time a barbecue takes place, a plate of food is prepared and given to neighbours to enjoy, as they can smell the barbecue and it is considered rude to not offer them some of your food.

Baking is a very important part of Turkish Cypriot culture. Traditionally, the women from a village would all gather together to bake batches of bread in the wood-fired village oven. Bread has always been, and still is, a very important part of the Cypriot diet, and no meal is complete without the mopping up of any sauces at the end with several slices! There is an important tradition of sharing village “nohut” bread yeast amongst households. One person makes the yeast about the size of a melon and has to ask a friend three times “what is this?”, she has to answer “it is yeast, and it is sweet” each time. Once the yeast is made, it takes around 2 days for the dough (maya) to start to rise. The maya is then handed from household-to-household, so that everyone can make their own bread at home. This yeast cannot be bought in shops and is a long-standing tradition amongst Turkish Cypriot women. 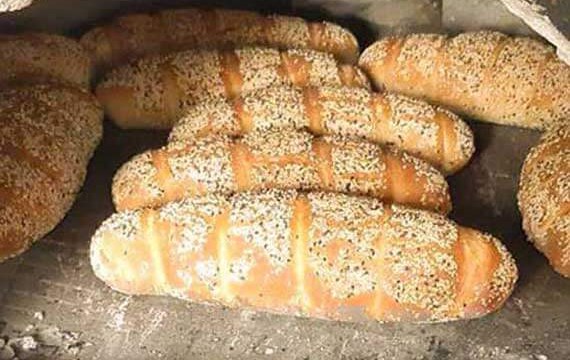 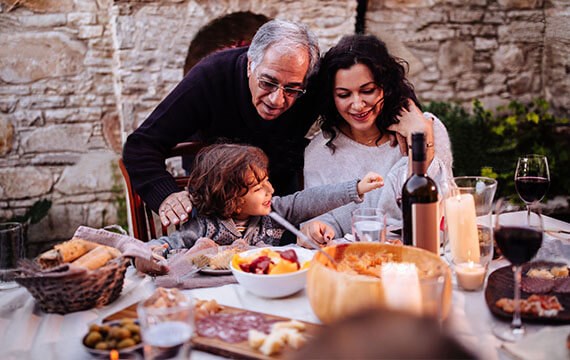 It is traditional in North Cyprus to always visit your relatives on a Sunday. The older generation (grandparents or parents) prepare a big meal for their children and grandchildren who visit. They generally choose meals that the younger generation enjoy, for example, tepsi kebabi or firin makarnasi. When the children and grandchildren get to the parents or grandparents home, they all kiss each other, spend time with them and enjoy a nice meal. These Sunday gatherings are never arranged beforehand, as they are a given - Sunday is family time and all Cypriots ensure they are there for lunch.

Cypriots believe in the evil eye (also known as the Nazar), which is where someone gives another person a hateful look. The negative energy and forces behind this look are considered to be the power of the evil eye. Cypriots believe that if someone looks at you in this way and you are not protected, then you may become ill or die from the negative energy. In order to protect themselves, they use olive leaves, which are collected, dried and kept in the house. Every Cypriot has some in their homes, and on special occasions or when something positive happens, they put the olive leaves in a pot and burn the leaves. Once the smoke and aroma is strong, they pick up the pot and move it around a person’s head 3 times and say ‘if the eye has caught you, may the eye come out’ in order to protect them. Alternatively, they put the burning olive leaves outside of their front door to stop the evil eye energy from coming inside their home. You may also see the evil eye “amulets” or charms over doorways to shops, in cars and pinned to the clothes of babies and young children to protect them. It is believed that any negative energy is absorbed by the amulet and then when it is “full”, the amulet then breaks to displace the energy, which in turn protects the wearer or home. 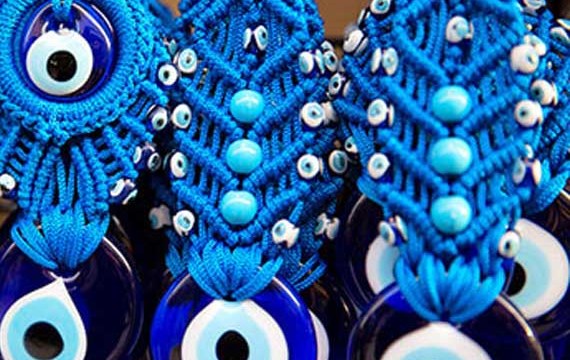 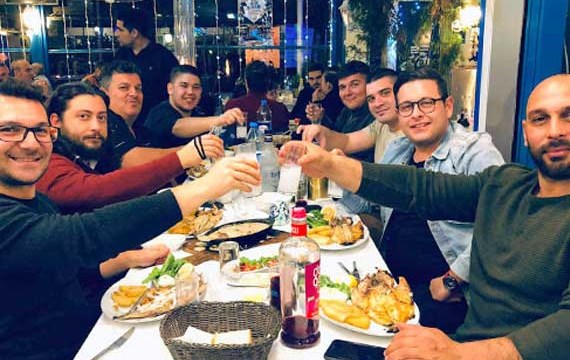 Cypriots love 'Meyhane'. It is a traditional restaurant chosen by most Cypriots to enjoy fresh meze and alcohol, similarly culturally in some ways to a British pub. Cypriots tend to visit a Meyhane for special occasions, gathering with friends to simply enjoy ‘raki’ and delicious meat dishes. Most Meyhane serve traditional Cypriot meze along with kebabs. There are usually many meze courses, with food coming out fresh from the kitchen all night long. Later in the night (after a few Raki’s usually!), the Cypriot men & women will get up and dance, which is definitely a sight to behold. A traditional Meyhane is certainly well worth a visit whilst you are in North Cyprus - just watch out for some of the more “interesting” of the meze dishes, and try them if you dare - including offal, sweetbreads and koç yumurtasi (testicles)!!!

Also known as “Lion’s milk”, Raki is a clear liquor which changes colour when it is mixed with water, because of the aniseed which it is made from. Raki is suitable for drinking on most celebrational occasions in Cypriot culture, however there are several rules which should be followed when drinking. One of the main rules is that the Raki should be poured first, then the water added, and then the ice is added last. Whilst drinking Raki, the people around the table should hit their glass on the table, look in each other's eyes and then drink. If you do not drink your Raki after doing this, then it is considered rude. 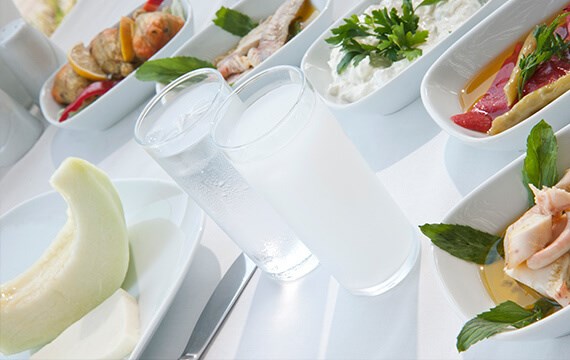