If you are interested in the flora of North Cyprus...

then the Herbarium is well worth a visit. Situated in the Alevkaya Forest Station on the mountain ridge between Esentepe and Degirmenlik, the Herbarium has exhibits of over 1,200 native plant species.

If you are interested in the flora of North Cyprus...

then the Herbarium is well worth a visit. Situated in the Alevkaya Forest Station on the mountain ridge between Esentepe and Degirmenlik, the Herbarium has exhibits of over 1,200 native plant species. 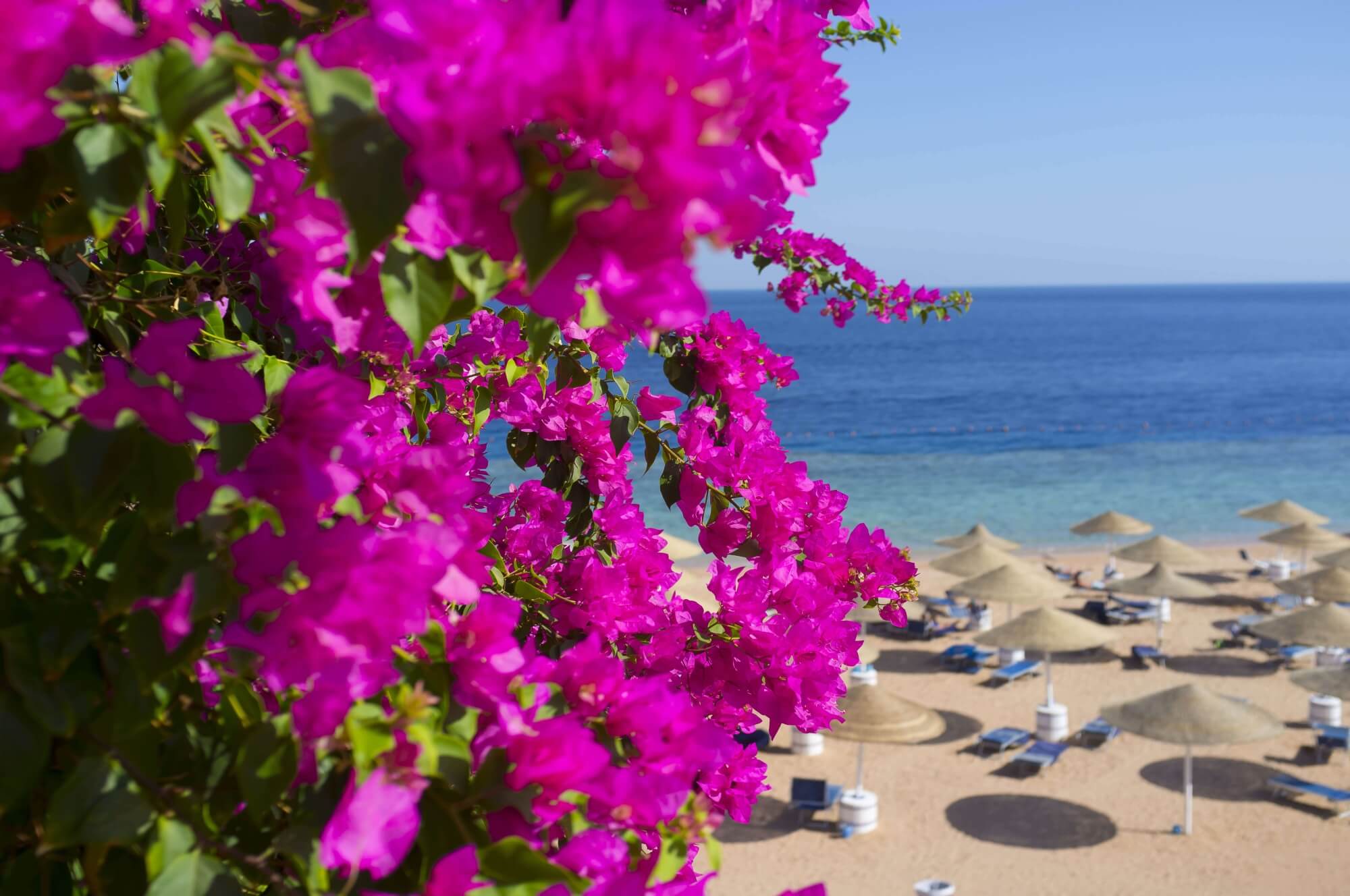 Beautiful bougainvillea grows all around the island

The different flora will add colour to your North Cyprus holiday…

North Cyprus is a fantastic place to view hundreds of different types of flora and flowers. Between 1988 and 1993, Dr Deryck Viney collected over 1,000 different types. He then wrote an illustrated book about what he had discovered, called “An Illustrated Flora of North Cyprus”, which has been proven to be invaluable guide to the amateur or professional botanist. Springtime is the ideal time to come and view the different flowers of North Cyprus, and there are over a hundred Cyprus endemic species and nineteen North Cyprus endemics to discover. Although there are many species of flora which bloom during the winter months, such as crocus, cyclamen, muscari and narcissi, late February to the end of April are the optimum months for seeing Cyprus in bloom. The flora is very much dependent on how much rain has fallen the previous winter, as the heat of the summer months from April onwards brings an end to blooming wildflowers, so you will find hardly any wild flora blooming into the months of May and June.

The first flowers to bloom in the springtime are generally the Oxalis pes-caprae with its bright yellow flowers. It is seen as a bit of a nuisance to farmers, however it does add a nice colour splash to the landscape in the first part of the year. Next to bloom are the anemones in pale purple, white, red and blue which decorate the landscape with their colourful displays. One not to be missed are the orchid species which bloom next. Orchid walks and orchid hunting are very popular pastimes, with the Ophrys fusca (the Brown Bee Orchid) and Orchis morio (Green-winged Orchis) being the ones to look out for. They are generally found throughout North Cyprus forests and on rocky hillsides. The bee orchid is a lot smaller than you might think, so you need to keep your eyes open. A good place to look is on the hillsides near the Five Finger Mountains or the rocky hills of Bellapais and Ozankoy.

Along the roadsides and at some of the historical places of interest in Northern Cyprus, you are likely to see Mandrakes (Mandragora officinarum) which has a flat cluster of green leaves with flowers ranging from dark blue to white nestling in the middle. You may also see Crown Daisies (Chrysanthemum coronarium) in the fields with their pale orange flowers, offering a lovely sunkissed-look to the landscape. 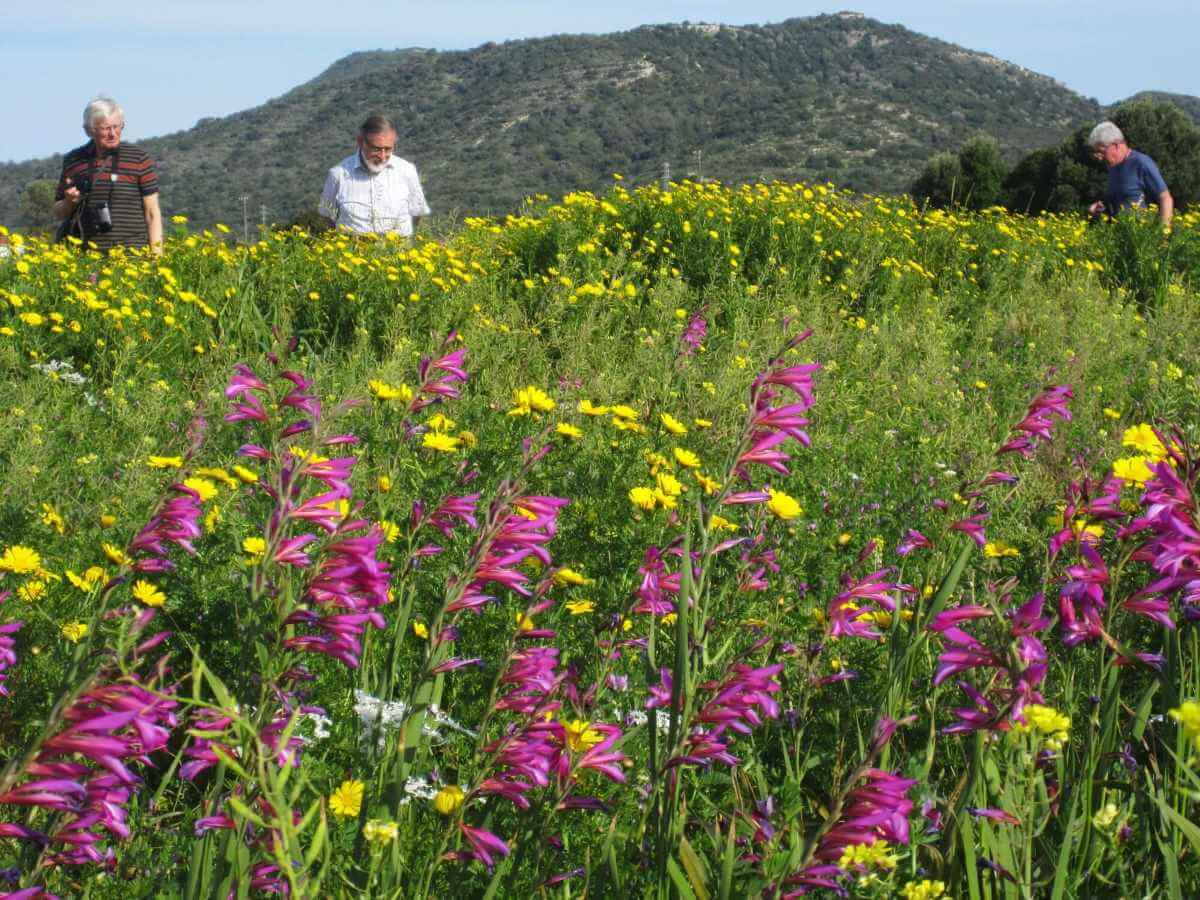 When the weather starts to get even warmer, ever more spring flowers start to bloom, including;

The giant fennel which grows in Northern Cyprus is inedible and is often found growing wild to heights of more than 2 metres in fields and in the mountain ranges. Local florists like to use it to garnish flower arrangements as the feathery leaves are quite pretty along with the bright yellow flowers.

Other flowers which you may find are the tall, bright and hairy anchusas (Anchusa azurea) with blue flowers and the Anchusa undulata which is an almost purple low-growing plant. The paler blue Dyer’s alkanet (Alkanna Lehmanii), and the equally colourful echiums, (Echium angustifolium, narrow-leaved Bugloss, and Echium plantagineum, viper’s bugloss) all blend together to make a very pleasing display. From February to May, you can find ranunculus growing in the foothills of the mountain ranges, as well as the pretty turban buttercup or striking Persian crowfoot (Ranunculus Asiaticus), similar to the anemones, which grow in a variety of colours from white flashed with red, cream to yellow or deep scarlet. In the corn fields, you can find the common pink corn flag plant (Gladiolus italicus), as well as the famous Cyprus black tulip (Tulipa cypria) which is actually very dark red, not black. Unfortunately, the black tulip is becoming endangered, as its natural habitat is slowly being destroyed. Other flowers to look out for are the Arabian sun rose (Fumana Arabica) and the Cyprus sunrose (Helianthemum obtusifolium), with paper-thin yellow petals which flower around the same time and grow in rocky landscapes.

All the info you need for your holiday...