Very close to the church is a 19th-century small chapel/mausoleum erected over the tomb site and visitors flock to pay their respects, most especially on St. Barnabas’s feast day of June 11th.

Very close to the church is a 19th-century small chapel/mausoleum erected over the tomb site and visitors flock to pay their respects, most especially on St. Barnabas’s feast day of June 11th. 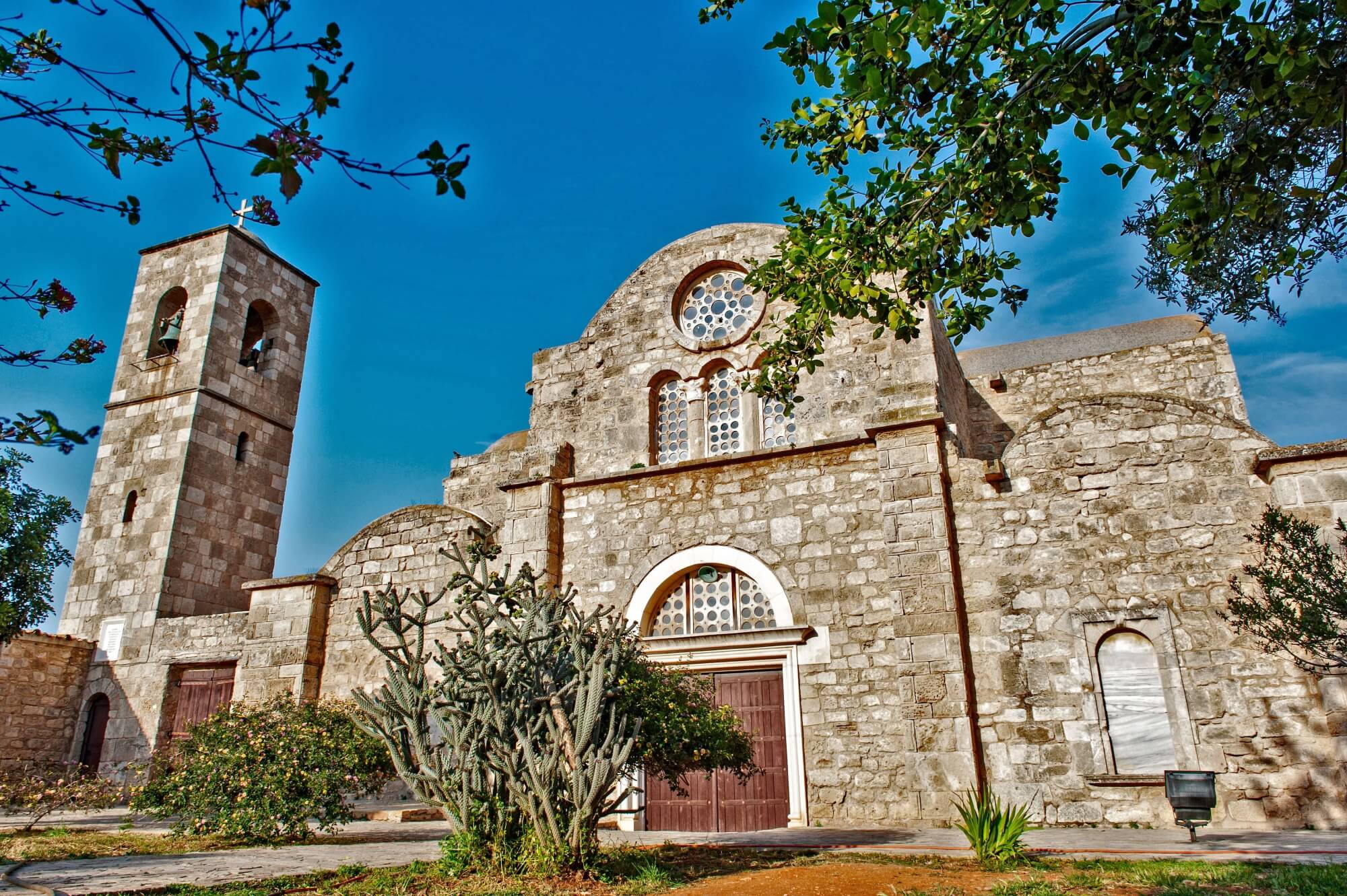 An island of mixed religious beliefs…

St. Barnabas Monastery near Famagusta is dedicated to the patron saint of Cyprus, St. Barnabas. The church is now an icon museum housing a stunning collection of Cypriot artefacts dating back as far as the 7th Century BC which are kept in the monks' old cells.

Over the years, Cyprus has had various rulers with different religious beliefs, from Muslim to Christian and Pagan. Cultures have intermingled and crossed and the end result is an island with mixed religions, where churches and mosques sit side by side. Cultures which worshipped the moon and stars, gave way to those that worshipped pagan idols. These, in turn, were superseded by faiths that believed in God and by the time the Romans gained power over the island, there was a strong following of Judaism.

St. Barnabas was Jewish and hailed from Salamis. He travelled to the Holy Land to study law and whilst he was there studying, he met Paul, the apostle, and was converted to Christianity. He was made the Archbishop of Salamis and when he returned from the Holy Land to Cyprus, (pertinent Bible references: Acts 4: 36-37, & Acts 13: 1-5) he became a preacher, teaching others about Jesus Christ. He convinced the Roman ruler of Cyprus at the time, Sergius Paulus to adopt Christianity, making Cyprus the first country in the world to have a Christian ruler. In 61AD Barnabas was martyred by his fellow Jews. He died in 75AD when a group of Syrians stoned him to death and legend says that his body was hidden a secret tomb in part of the Salamis necropolis by his friend John Mark and his followers. The tomb of Saint Barnabas laid undiscovered for over 400 years until the 5th Century AD. 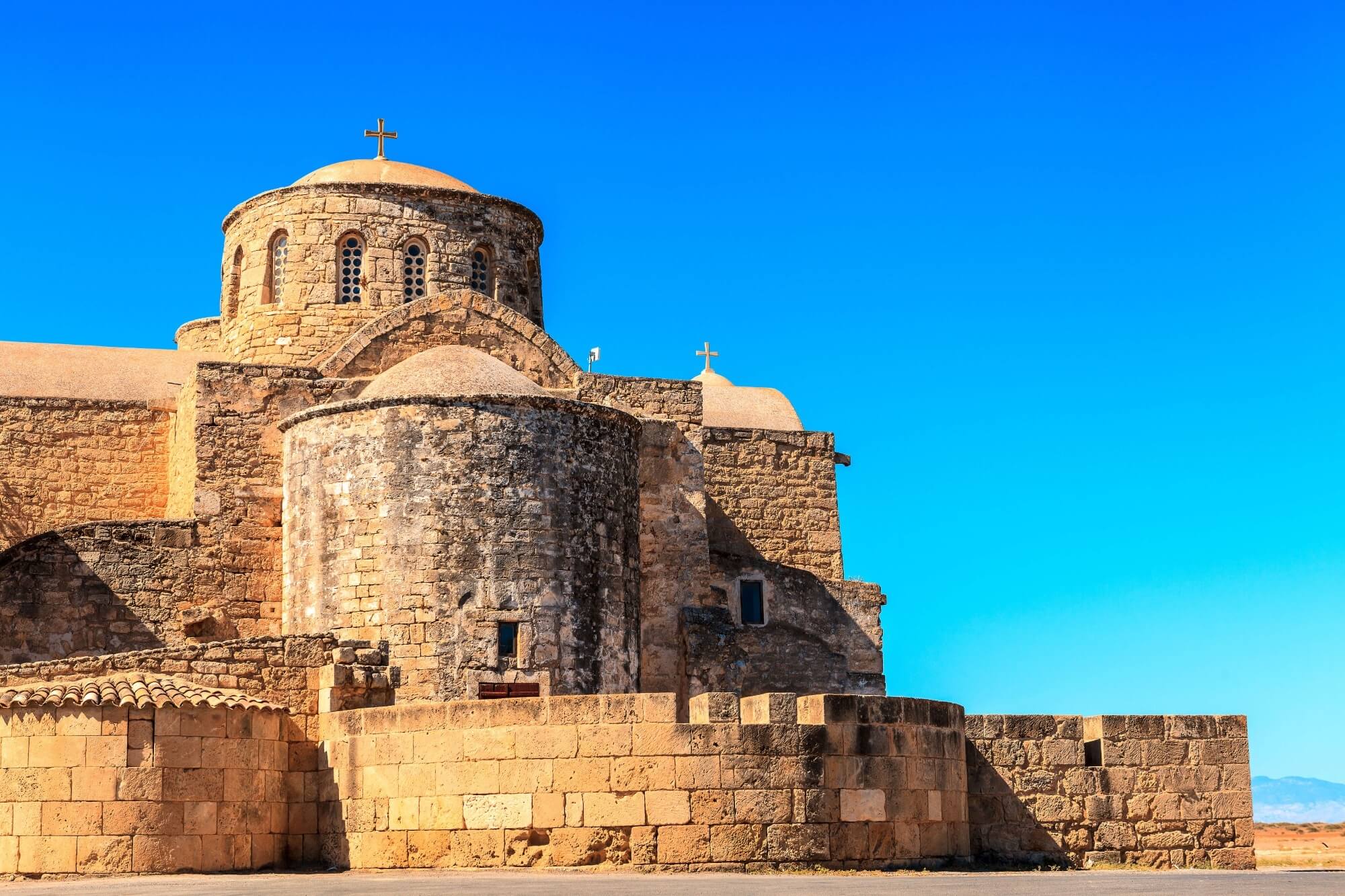 The church is dedicated to St. Barnabas, patron saint of Cyprus

The tomb was discovered around 480AD by Bishop Anthemios after he had a dream in which he saw the location of the long-lost tomb. St. Barnabas was found to be holding an illuminated Gospel of St. Matthew,  which the Bishop considered a miracle. He convinced Zeno, the Byzantine Emperor, to let him self-govern his church, so that any church donations in Cyprus remained in Cyprus rather than being sent over to the Patriarch of Antioch. Zeno agreed to this request and the Orthodox Church of Cyprus took its place in the hierarchy of the Christian churches and has its own Patriarch. In Cyprus, most churches, although sadly now closed to the public, feature an icon of Barnabas, holding St. Matthew’s gospel placed in the backrest of the Bishop’s chair. St. Barnabas is said to be the patron saint of peacemaking and hailstorms, with St. Barnabas day taking place on June 11th.

St. Barnabas Monastery as it is today is not actually the original structure, as the original Byzantine church crumbled over the succeeding years and was replaced in the 18th Century by the monastery. The monastery was built with three domes, however due to the lack of foundations and soft soil, one of the domes along with an apse collapsed. When repairs were carried out, the third dome was not replaced, meaning that the church has an unusual square appearance. The walls or the original apse on the eastern end of the church can still be seen today. 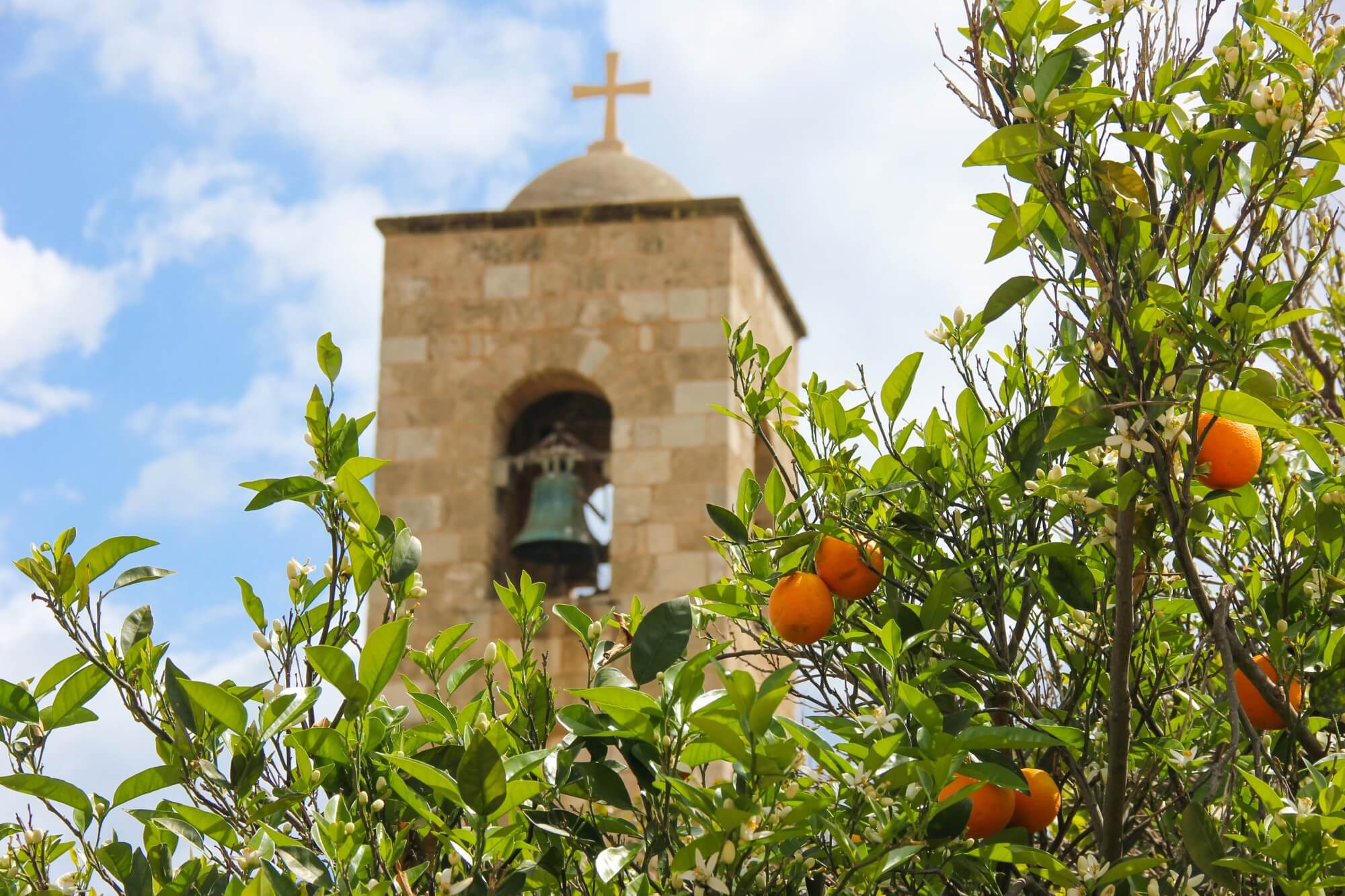 The church is now used as an icon museum, it showcases impressive Cypriot artifacts.

The icon museum houses many artefacts including one of the best collections of Bronze Age and Early Iron Age antiquities in North Cyprus. The museum features a small gift shop and restaurant on site.

Don't forget to visit the tomb! - Around 100 yards from the monastery, you will find St. Barnabas mausoleum, built on the spot where his remains were discovered.