For the latest travel updates (COVID 19)

History awakes in the Roman City…

The Salamis Ruins used to be an ancient Roman City, most of which is now underwater in the Mediterranean Sea, which is a fascinating find for anyone wishing to experience the ancient ruins whilst scuba diving.

The picture perfect ruins will add to your soul... 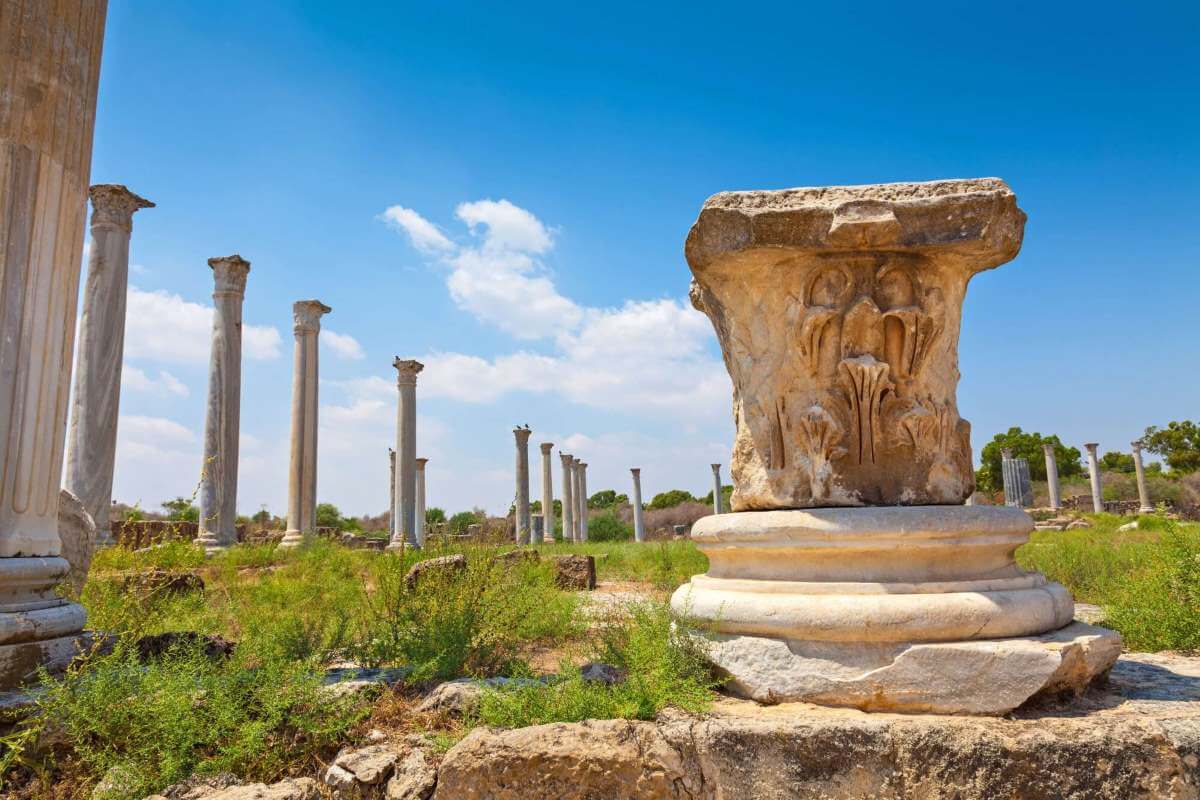 Remains of the City of Salamis…

Just north of Famagusta at the base of the Karpaz Peninsula lies the remains of the city of Salamis. The capital of Cyprus as far back as 1100 BC, Salamis survived the successive occupations of the Assyrians, Egyptians, Persians, and Romans but eventually succumbed to the forces of nature.

The site extends over an area of one square mile extending along North Cyprus' coast and inland. Much of the area still awaits excavation and this is forested with mimosa, pine and eucalyptus trees. The finding of important relics and gold coins dating from 411 to 374 BC, was the first genuine evidence of the city's archaeological importance.

A severe earthquake destroyed the city in 76 AD, after which the Gymnasium with its colonnaded Palaestra was built by Trajan and Hadrian. This is the most monumental part of the site but columns differ in size because, after the second great earthquake of 331 AD, the Christians set up new columns which they dragged from the Roman theater. The theater with 50 rows of seats and a seating capacity of 15,000 is the second most spectacular sight. All around the buildings that have been excavated are many niches which contained marble statues, and those that can be seen are headless. When Christianity was adopted as a state religion, all these nude statues were to them an abhorrence and were thrown into drains or broken up. In fact, any indications of Roman pagan religion such as mosaic pictures were defaced or destroyed. 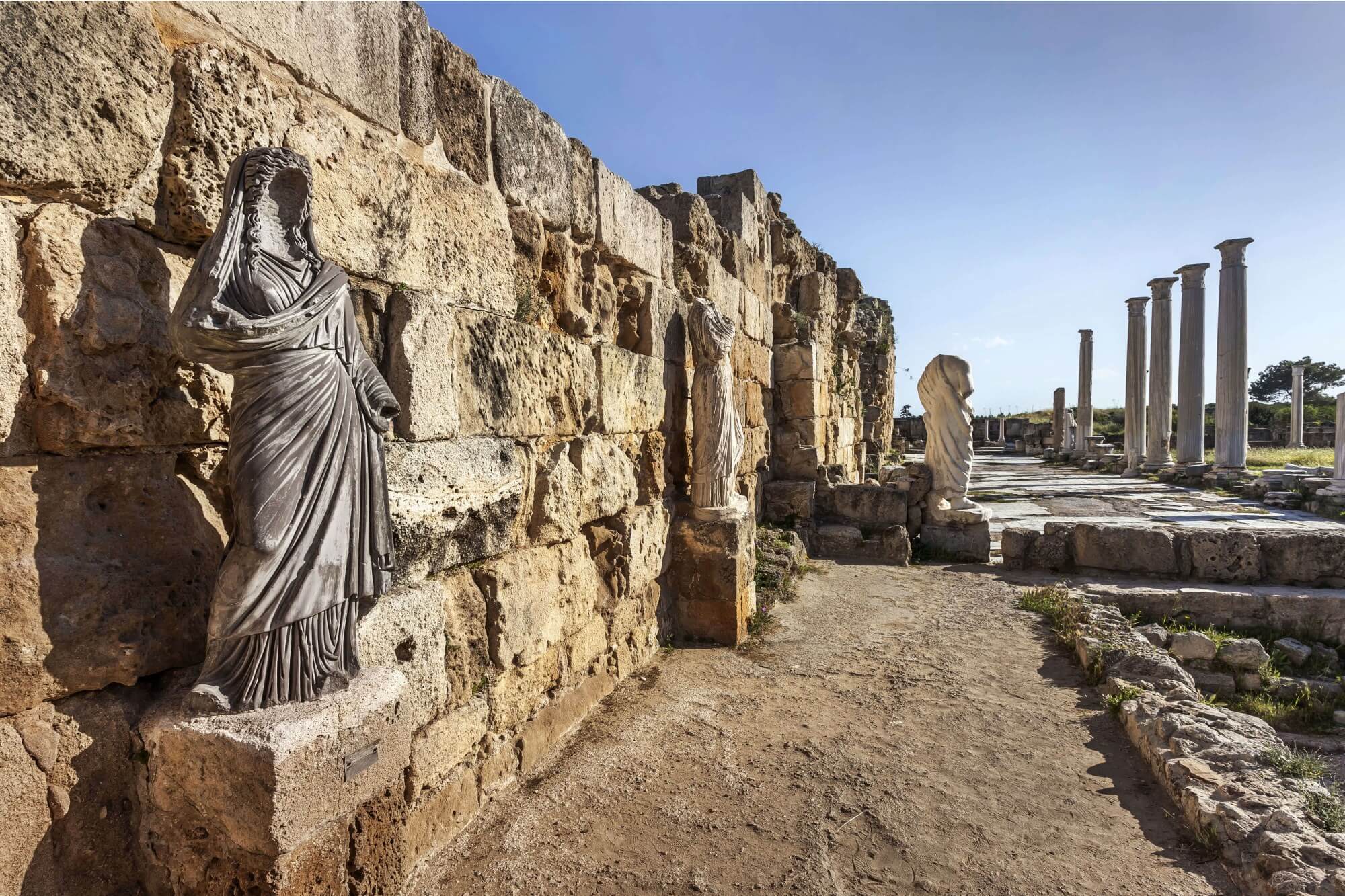 The Romans had an obsession with baths, and in the Great Hall buildings one can make out the Sudatorium (hot baths), the Caldarium (steam bath) and Frigidarium (cold baths). Before the Christian period (pre 400 AD) it was quite a colourful city; the marble columns were covered with coloured stucco, coloured statues, and numerous polychrome mosaics of which only a few are left. It was during the Christian period that walls with rectangular towers at regular intervals were built, but all that one can see of these today are mounds of sand. Read more about the history of Cyprus 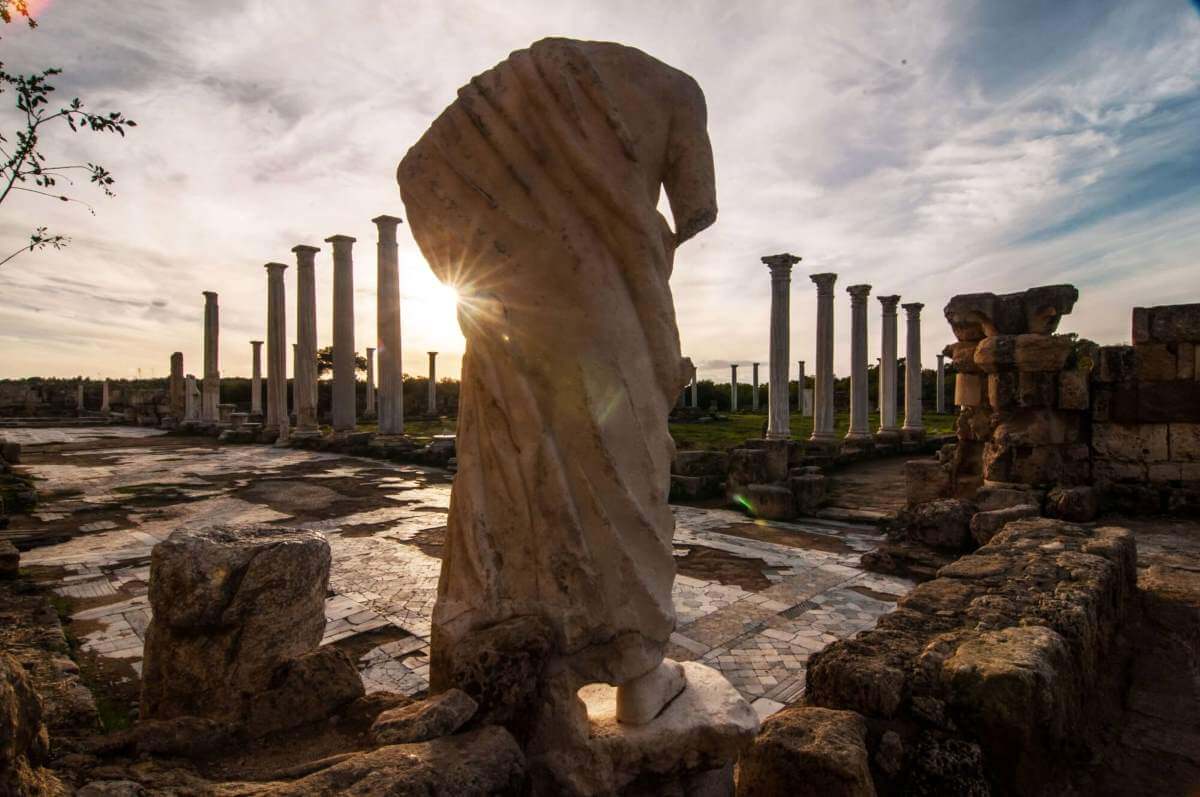 Sunset at the Salamis